Creativity and Status on the Minecraft Front! 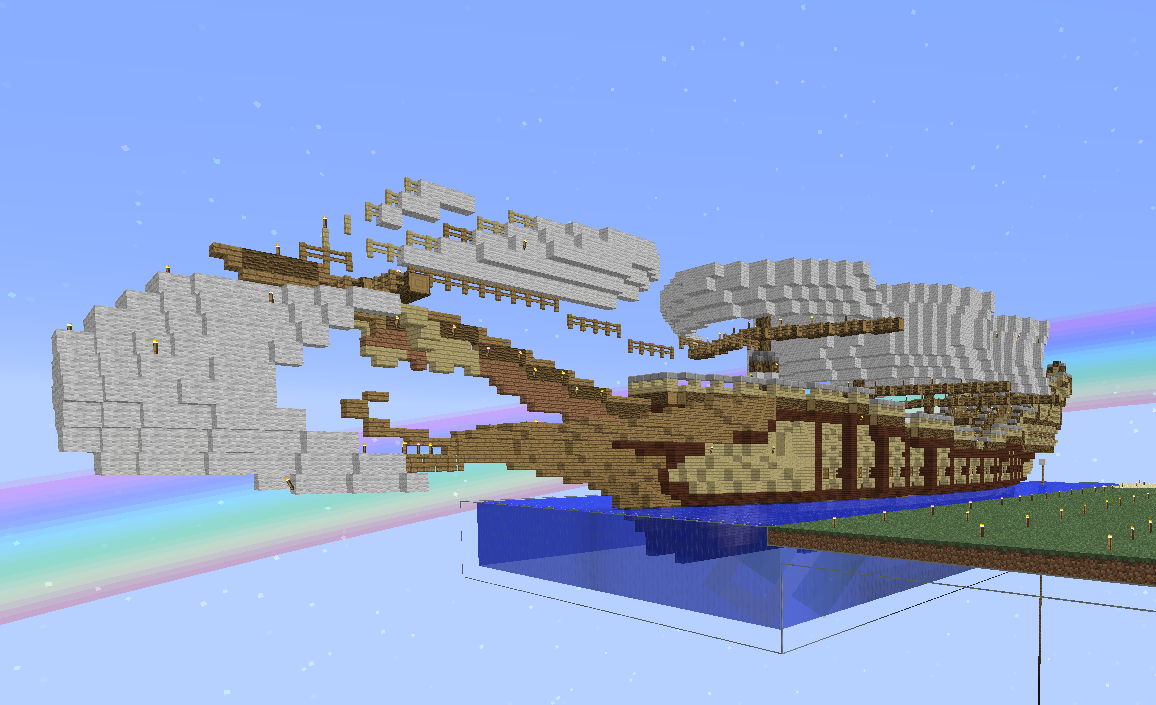 The Sky Factory 3 modpack is a hit. We are all having a great time playing the pack and making some cool builds. As you can see in the picture above; one of our members is slowly working her way to making
a ship! I think that is amazing since not everyone takes the time to make a cool build. We all get stuck on progression rather than building sometimes but that doesn't mean that we can't eventually make something cool. Hopefully you can be the next person to build something awesome. I look forward to seeing your cool build ideas in the future.

We are hoping they release a new version of sky factory 3 soon to fix some of the issues with the pack.

Other than that we are doing pretty well, just keep the chickens down a little bit to be considerate of the server.

Thanks for all the continued support. See you all in the sky!