EA/DICE are releasing the next chapter to Battlefield 1 in a few weeks! The upcoming DLC, Turning Tides, debuts on December 11th for Premium Pass owners. The second half of the DLC will arrive in early January. The new content will bring us four new maps, six new weapons, two new melee weapons, new vehicles and behemoths, new specializations and assignments, and a new elite class. Currently, EA is running a free DLC trail between December 8th – 10th. During the trail, non DLC owners can play In The Name Of The Tsar and They Shall Not Pass absolutely free. The new content is listed below. Full details available here

Storm the beaches of the Gallipoli peninsula with the allied powers or defend the Ottoman Empire’s fortifications. Master the land, air, and sea interplay to win the defining battles.

Throw yourself into the joint allied assault on the Gallipoli peninsula of 1915 in an intense, fast, and infantry-focused setting. Take part of a treacherous push for a prominent hilltop position.

The Great War at sea. Engage in an epic naval clash as the British Empire Royal Marines and German Navy pit dreadnoughts, destroyers, and aircraft against each other while infantry troops fight by the iconic red cliffs of Rocky Cove.

Take part of the daring British raid on the Belgian port of Bruges-Zeebrugge with rough waves and a vast German mole as backdrop. Fight at sea, in the air, and in close-quarter infantry environments.

Don the characteristic blue uniform of the British Empire’s elite naval troops and charge into battle with the new Royal Marines.

Hide in plain sight and move faster across the battlefield with the new Infiltrator Elite Class. This strategic kit allows you to take advantage of a permanent sprint boost while calling in artillery strikes and deploying a mobile spawn for friendly troops. 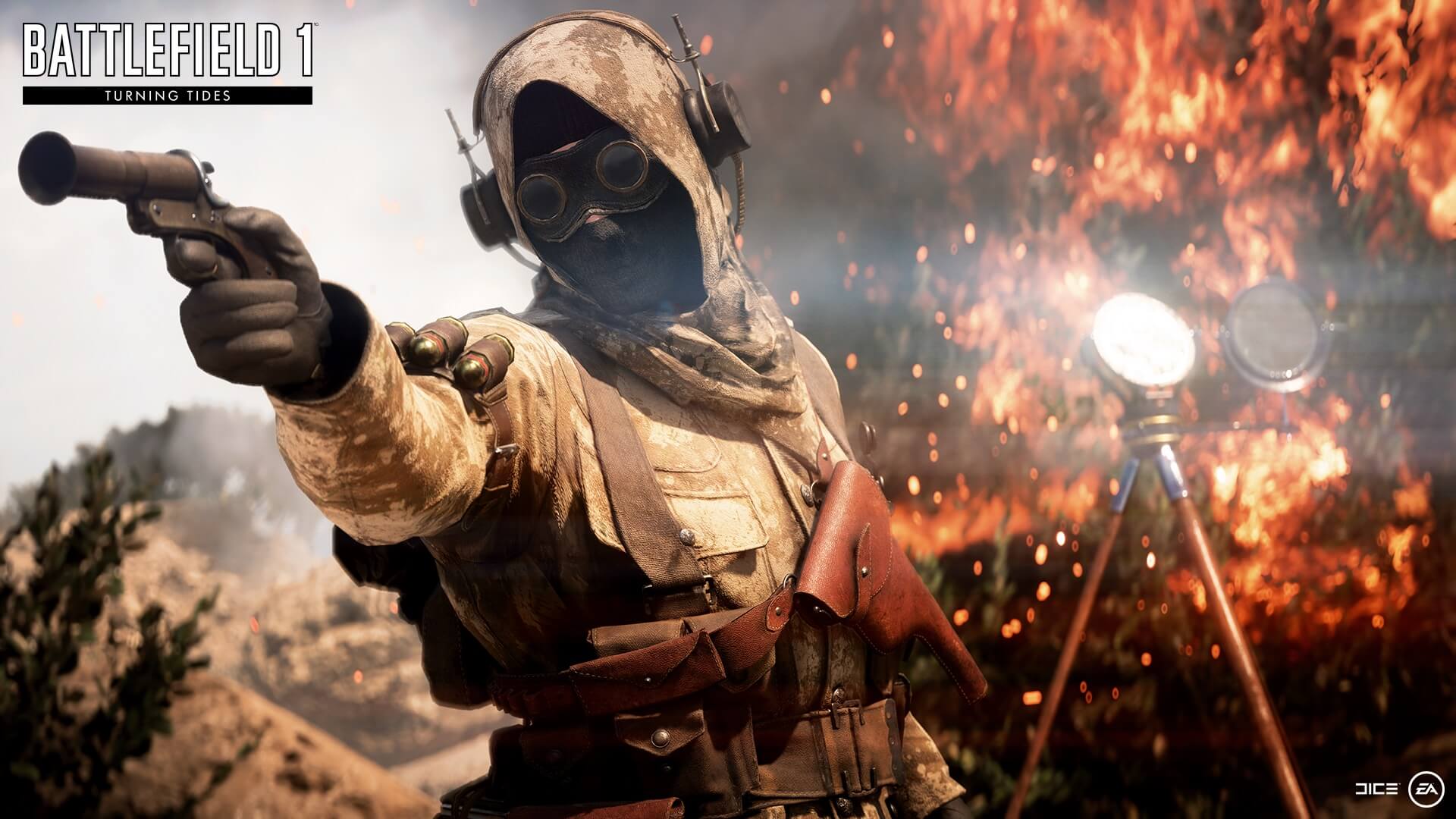 Rule the waves with the all-new L-Class Destroyer. Jump into one of four seats and deliver mayhem to sea, air, and ground units using cannons, torpedoes, AA guns, and mines. 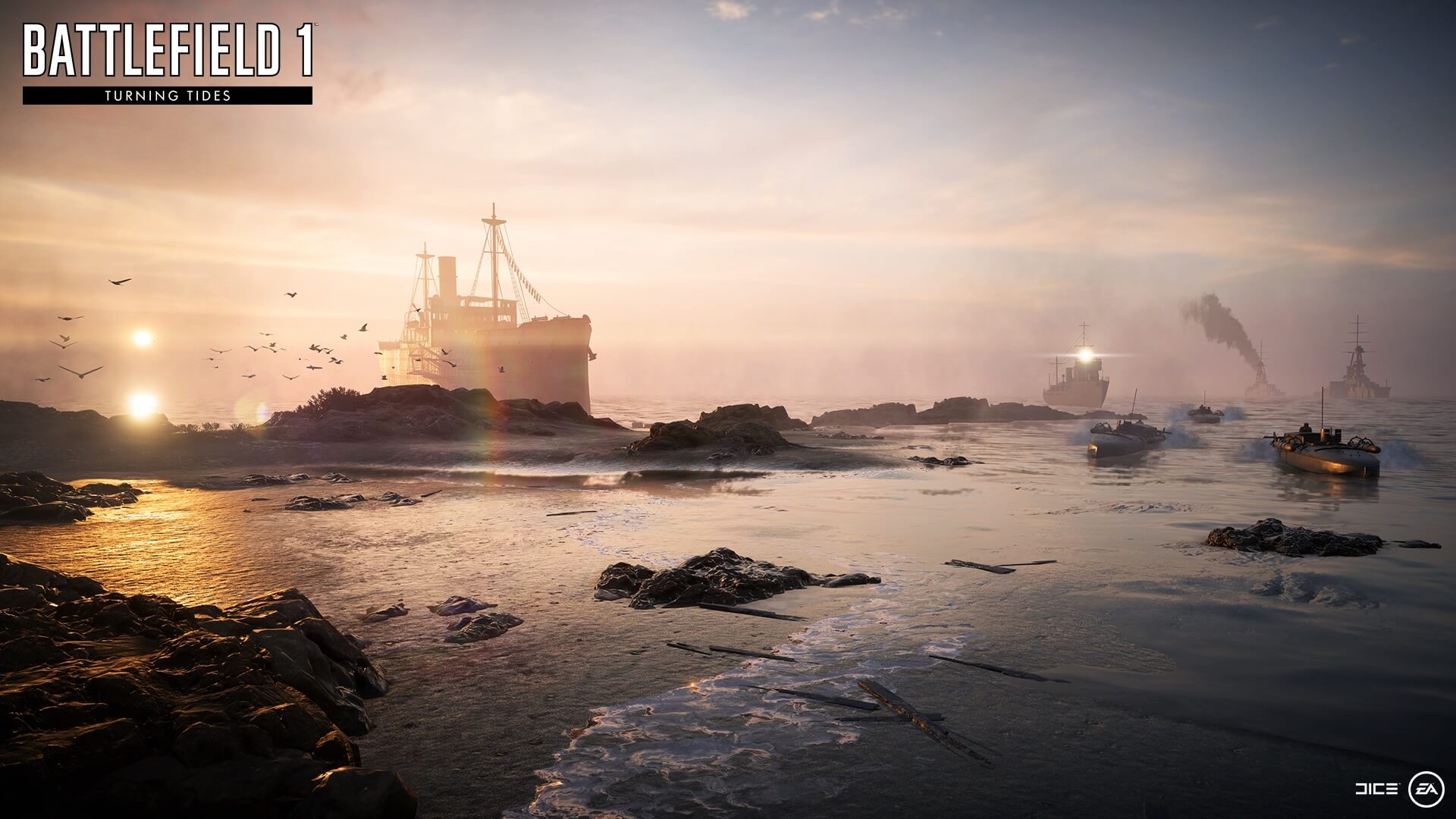 Spawn on the new C-Class Airship and deliver death from above. This nimble airship has room for a pilot with three gunners and will be a frightening sight on the battlefield.

Relentlessly press the offensive - or hold your ground. In a twist on the signature Conquest mode, Conquest Assault sees attackers and defenders fight over key areas, exclusively controlled by the defending team as the match starts. 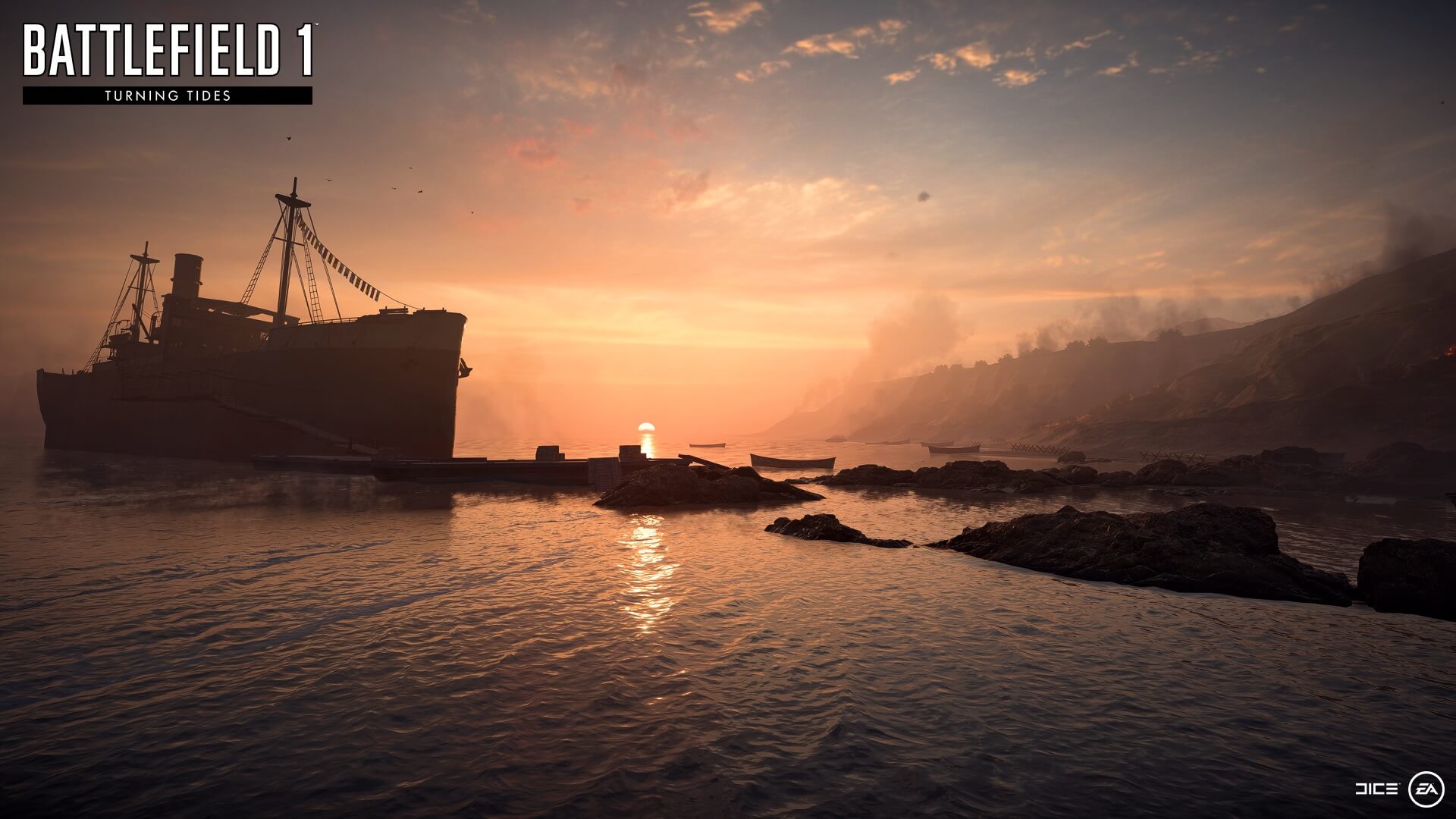